3
The taste for a better life
Compagnie Fruitière developed an ambitious Corporate Social Responsibility (CSR) approach very early on. In all the countries where it operates, the Group implements a proactive policy that integrates respect for people and the environment into its core practices. This approach has been structured year after year to become a real strategy for the development of the company and the well-being of the people who support it.

From 2000/2001, the first certifications such as ISO 14001 and internal and external audits enabled the strengthening of this approach’s structure. Another step was taken in 2011/2012: the adoption of a corporate social responsibility policy statement common to all production subsidiaries and the publication of an annual CSR report for each of these companies. The first fair trade and organic agriculture certifications were obtained in 2012/2013 and these mark another decisive turning point in our sustainable development policy. Subsequently, the adoption of a Corporate Social Responsibility Charter for all Group companies in 2016/2017 led to the publication of the first Group Sustainable Development Report.

A CSR mission common to the entire company was defined in 2017 and it currently applies and is implemented in all the company’s tasks and geographical locations. Compagnie Fruitière has set itself the objective of making a sustainable contribution to the socio-economic and environmental development of the territories in which it operates. This requires a strategy built around three pillars:

This strategy was then translated into 15 specific commitments and action plans, which in turn were implemented in all the Group’s businesses and subsidiaries in Europe, Africa and Latin America. This approach makes it possible to measure and report on all the progress made on the three pillars of the strategy.

In 2012, the Compagnie Fruitière Foundation was created to work to improve the living conditions of the most vulnerable populations. It was initially part of a continuation of Compagnie Fruitière’s proactive approach to social responsibility (CSR), and it is now autonomously and independently broadening its field of action to reach new audiences.

The Foundation has chosen to focus on four areas: health, education, the environment and cultural and artistic exchanges, particularly between Africa and Europe. It operates beyond the countries where Compagnie Fruitière is present and while its commitment to the southern hemisphere countries is confirmed, it also takes on a territorial dimension through support provided to local organizations and NGO’s in Marseille. 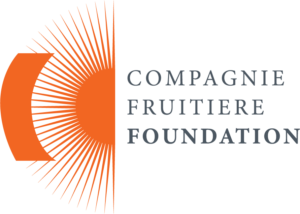 Promotion of sustainable agriculture and activities with a lower environmental impact.
Read on

Establishment of a positive foothold in the territories where it operates.
Read on

Promotion of exemplary working conditions throughout the value chain.
Read on