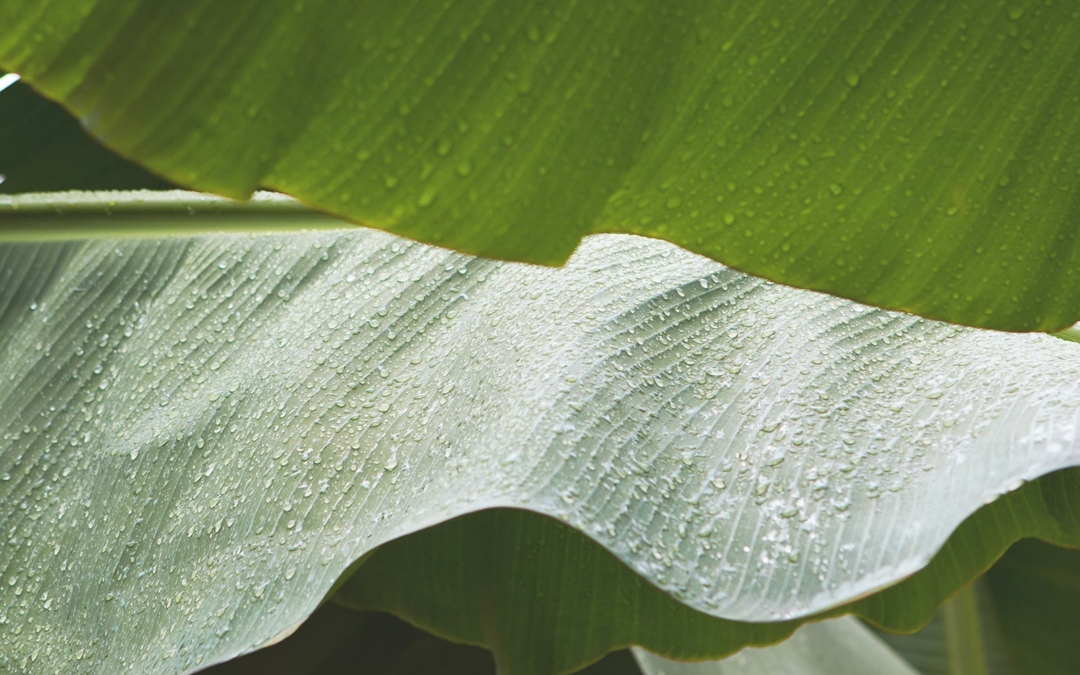 Organic farming is on the rise and, despite the constraints linked to their production in tropical environments, bananas are following the trend.

Driven by general awareness of health and the environment, the organic food market experienced unprecedented growth between 2000 and 2016. Agricultural areas have increased by a factor of 3.3, the number of organic farms by 9.6, and more than a hundred countries currently have regulations in place. The fact is that beyond its impact on soil and consumer health, organic farming is also a tool for managing natural resources, as it promotes food security. Take, for example, the Tigray region of Ethiopia, which used to be regularly hit by food crises. The rehabilitation of one million hectares of organic land has enabled the establishment of food self-sufficiency for 100,000 people and the curbing of deforestation.

Tropical fruits such as bananas, avocados and mangoes are not immune to the trend, although their production requires an exceptional combination of heat, humidity and rainfall. Unfortunately, these conditions are also conducive to the development of fungi and parasites that thrive in the tropics from January to December in the absence of winter frost.

In conventional farming, the use of fungicides, soil drainage and, for bananas, leaf thinning and protective sleeves protect the fruit from pest attacks and thus satisfy world demand. In organic farming, the situation is becoming more complicated, especially for bananas. No natural treatment is currently able to control the black sigatoka, a fungus that can decimate half a banana plantation in a few days. This is all the more so as the golden fruit is less resistant compared to avocados. In organic farming, this characteristic translates into increased efforts, more care and handling.

The avocado tree is a solid tree that is capable of reaching a height of 20 metres and which can survive cold spells up to -1° C depending on the species. Its water requirements range from 1,200 to 1,600 mm annually, and, thanks to its great genetic diversity, it can adapt to various climates, as long as it does not freeze and its soil is drained. Between 2014 and 2015, the production of organic avocados almost tripled, rising from 9% to 24%. As for the banana tree, it is an ephemeral herbaceous plant from 3 to 10 metres high, very sensitive to temperature variations, water-demanding and predisposed to mould. Its fruits are produced when a constant temperature of at least 10°C prevails, the humidity level is high, rainfall reaches at least 3,000 mm/year and the soil is regularly drained. Among its advantages are the facts the plant is perennial and its growth lasts only between 7 and 9 months. Only 1% of the 118 million tonnes of bananas produced each year are organic, which still seems low for the most consumed fruit in the world.

As the leading producer of fair trade and organic bananas in the ACP zone, Compagnie Fruitière recently signed a partnership with WWF France to continue implementing environmental initiatives. The group’s organic banana plantations are thus established in drier environments close to healthy watercourses in northern Côte d’Ivoire and Ghana.

There, the banana trees are evenly coated with organic paraffinic oil, which is able to keep parasites away in these latitudes. Farmers use essential oils to fight fungal diseases during the post-harvest period. During growth, compost made from cocoa dehulling waste (the thin bark that surrounds the bean) acts as a natural fertiliser rich in organic minerals. Weeds are controlled by hand weeding or by using a legume cover crop. This permaculture enables the suppression of weeds, reduction of evaporation, provision of more nutrients to banana trees and aeration of the soil, thanks to the deep roots of legumes.

To extend its organic production to other regions of the world and intensify its practice of increasingly virtuous agriculture, the group recently acquired a 150-hectare organic plot in Ecuador, near Guayaquil. A small country wedged between Colombia and Peru, Ecuador is nevertheless a major banana producing country exporting nearly 6 million tons of bananas each year. It also has the double advantage of a dry climate and a highly qualified workforce trained in the most advanced farming practices. Finally, its exceptional plant diversity can be a source of inspiration concerning natural solutions for producers.